Scoville and the Piquant Paprika

I had dinner in a Greek restaurant the other night with a large group of people.

Amy, sitting on my right, ordered a beef dish. The menu description was Piquant beef sirloin tips and onions spiced with twelve seasonings. That started a discussion of the word piquant and what it might mean.


Did piquant mean smelly, like Phil's BBQ? Did it mean hot, like chili powder? Was it spicy in some mysterious Greek way? Could it be ordered like Thai food, in degrees of piquancy? Can you make mine a 6 out of 10, please?

We needed some facts. Here's where I started. 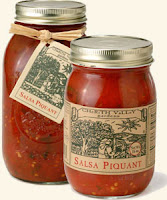 I started a search for piquant things on the internet. Most were food-related. Here a sauce, there a market, everywhere a piquant. I turned to recipes. Piquant was usually associated with a sauce. It was eaten with meat, or occasionally vegetables. Often the recipes had a Cajun theme, with alligator or frog's legs. 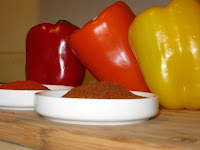 Aha! The common thread in piquant is a little zing added by some form of peppers or mustard. This photo pretty much sums it up. As does this recipe from the same source.


Now that I felt comfortable with the origins and production of piquant food, I realized I another problem.

How would I get a math theme out of this?

Let's go back to the piquancy. How do you specify spiciness in your supper?
There has to be another way.

One approach is the Scoville Scale of Spiciness, which we discuss in 6th grade Excel Math. 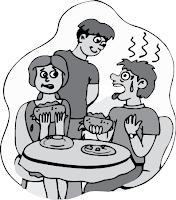 About 100 years ago, scientist Wilbur Scoville developed a temperature scale to measure the heat of chili peppers. He knew spiciness is created by a chemical called Capsaicin, found in plants of the Capsicum family. He knew a tongue was more sensitive than any available machine.

Scoville soaked his peppers in alcohol, which extracted the "heat" components. This liquid pepper extract was diluted in sugar water until the sting could just be detected by a panel of tasters. This is similar to how we measure the concentration of odors.


The dilution factor becomes the basis of a Scoville rating. Sweet peppers are 0 units. Mild poblano and Anaheim chilis are around 1,000 Scoville units. The hottest habanero chilis are rated 200,000 - 500,000!

Granted, this isn't the easiest way to measure seasonings, since we shouldn't subject our sweethearts to sipping spicy sugar syrup. 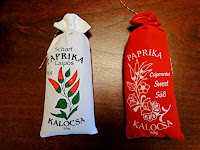 An alternative method is to use liquid chromatology to measure the heat-producing chemicals in your pepper, and rate them in American Spice Trade Association (ASTA) pungency units.

More realistically, we just season by a pinch or a pour 'til it's piquant!


Posted by Excelmathmike at 9:47 AM