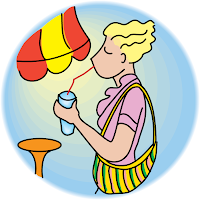 BASIC MATH
Suppose we only knew how to add, subtract, multiply and divide, and we didn't know about pyramids and prisms, calculus and statistics. What could we do with basic math? Here's an example.

I heard Michael Pollan, author of The Omnivore's Dilemma, suggest a 1¢ per ounce tax on "sugary beverages". He proposes this to help slow down the increase in obesity that we are experiencing in the US.

I'm not interested in arguing for or against the tax proposal, but I want to know HOW MUCH BEVERAGE is that, and HOW MUCH MONEY?

I started with soft drinks. Going to various sources, including the American Beverage Association, and Beverage Digest, I found our annual consumption in 2008.

My first thought? No one has only 8 ounces of soda. My second thought was 9.6 billion?

If you think that's a lot (and it is!) it's also the lowest since 1997; we've been drinking less (per person) since then.

The total value of the soda sold in the US was $73 billion in 2008. The total value of other non-carbonated recreational beverages (not booze) was $40 billion. A penny per ounce tax on the total of these equals what? 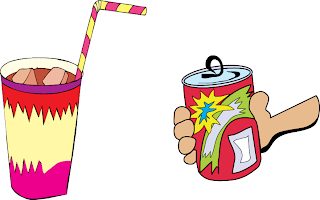 That's only the soft drinks. We can't figure the tax on the other beverages yet, as I haven't found the total ounces sold.

All this basic math gives you a thirst, doesn't it? What'll you have? Odds are, you want a Coke. 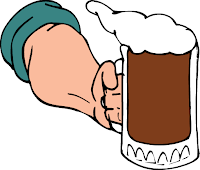 Root beer for me, please.
Posted by Excelmathmike at 8:32 AM