The Map is not the Territory

A map shows the terrain and where it goes up (mountains) and down (valleys). A nautical chart shows the same "up" features, only we call them rocks and shoals and islands. Plus we want to see currents, and tides and winds. And lighthouses. Aero- and Astro- maps each have unique features and show things of concern to navigators.

All these maps share some common characteristics:
On a small-scale map details are drawn smaller. Many streams, roads, and landmarks are left out. A larger scale map allows for more detail but covers less, so you need more maps.  A city engineer may need detailed map of sewers, power and water lines, and streets and so use a scale of 1 inch = 50 feet. 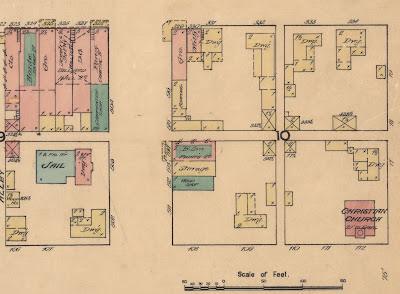 Here's 1883 Bloomington, IN at that scale. (Click the map to enlarge it.) Notice the Jail!

The US Geological Survey (USGS) publishes many maps. Local governments produce others. Here's a map of Salem, MA from 1893, thanks to the University of New Hampshire Library. 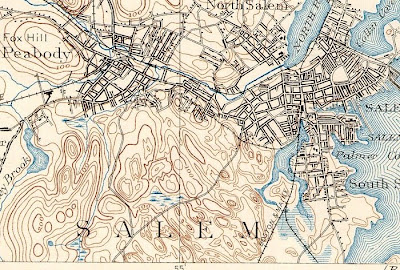 Here's a aircraft pilot's chart at that scale for Bournemouth in England. 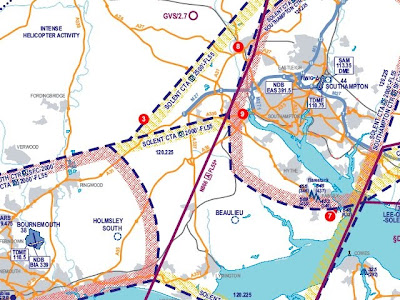 Posted by Excelmathmike at 8:00 AM