Oh, did you think I meant an illegal and unsustainable way to get rich while pretending to distribute household products? 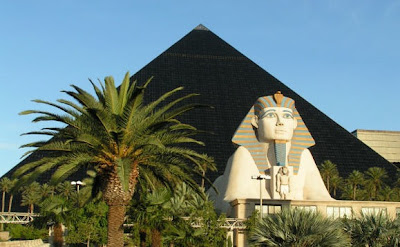 No, I meant a way to produce a highly stable, large building using limited machinery and scaffolding.
Tough on the elevators and room furnishings, and absolutely impossible for window washers! 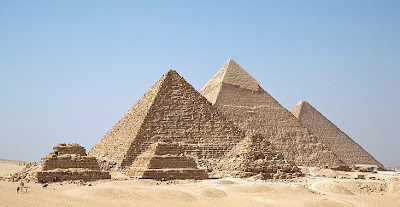 Or in a math context, we think of pyramids as objects with a pointed top, square base and triangular sides. However, pyramids can have bases with 3 or more edges. All the faces have 3 sides.

Pyramids and prisms are similar but not the same. Prisms have two multi-sided faces on opposite ends. The number of sides on those two faces gives the prism its name. All the other faces have 4 sides. In a right prism, the side faces are at right angles or 90∘to the base.

Notice that second shape, with the orange bottom. It looks like a box. Yes, that's what it's called most of the time. Its official name is right rectangular cuboid.  The shape with the green 6-sided bottom  is called a hexagonal prism. It's made up of two hexagons connected by 6 rectangles.


Oblique prisms are shapes with faces that are NOT at right angles or 90∘to the base.

Antiprisms are shapes that contain two similarly-sided figures, one above the other but twisted so the vertices do not line up. The two shapes are connected by triangles rather than by quadrilaterals as in a prism. If you think it's hard to visualize from the description, try drawing one!

Now, back to pyramids. How about this familiar shape that combines both pyramids and prisms? 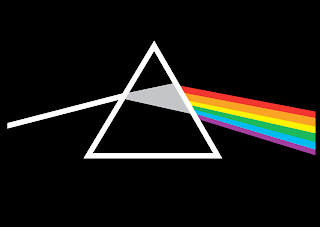 " ... everything under the sun is in tune, but the sun is eclipsed by the moon."
Posted by Excelmathmike at 10:00 AM