How can I get more blog traffic?

This is quite possibly the most frequently asked question in the blogosphere. How can I get more traffic?

I KNOW how I could get more traffic. I would have to start out by writing about things that are more interesting than math! But then I could add: 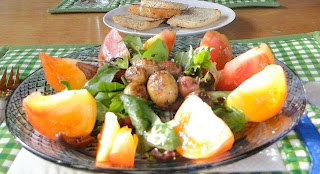 Getting the iPad's virtual camera to work correctly

Then I would have to add a few punchy jokes. And some winning stock picks. And horse racing tips.  I'd link to lots of other sites too. Some of the links would take my readers to places that astonish and amaze them. (First I would have to find those places, though ...)

Of course, I would link to a few movies on YouTube. Here's one I took myself. It involves fast cars, designers dressed in black, bright lights, snappy drum playing, smoke and mirrors, wow!

This is a lot of work. And there's no room for math. You came here for math, right? To learn how to use that stuff you studied so hard to learn all those years ago ...

I look at the viewings of my old posts and wonder, Why are these the most popular?  The stars appear to be:

Posted by Excelmathmike at 8:13 AM