Size of a Frequent-Flyer Mile

Yesterday I was just getting started on miles. We defined statute miles and nautical miles, metric miles and Roman miles. Even a country mile. But what about frequent-flyer miles? 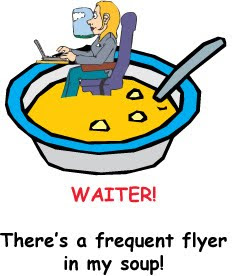 A flyer-mile is not really a unit of distance, but a unit of currency. Airlines created frequent-flyer programs in an attempt to retain valuable customers. Miles are awarded (or earned) for paid travel on a given airline. Typically, you get one mile in your account for each mile flown on the airline.

Note - the miles granted are based on mileage calculated by the airlines. In most cases these distances are nautical miles between runways. For example, from SAN (San Diego) to ROC (Rochester, NY) the distance is 1952 nautical miles. But the question then arises - is this at sea level, or up in the air 30,000 feet? etc. etc.

When you have a bunch of miles saved up, you can redeem (exchange) them for free or discounted travel on the same airline. The pile of miles is an incentive for you to stick with the airline until you redeem them. If you have a certain number of miles in your account, you can become a special member of the airlines' savings program. You will get bonuses for flying in a premium class seat, buying tickets when a new route if offered, etc.

So if the flyer mile is a unit of value, not distance, what is the exchange rate to dollars, euro, etc.?

The value (or cost) to an airline is very much less than this, partly because only 11-12% of miles ever get redeemed. But again, it's hard to say. I found conflicting reports when I tried to learn how many miles are being hoarded by all of us who are flyers.

As of today, I have earned 2,234,650 miles on American Airlines. Yes, that's 2.234 million miles. Ouch, my aching bottom! And I've earned lifetime Platinum status in the AAdvantage program.

Of those miles, 119,650 are still waiting patiently to be redeemed.

Here's a simple math challenge: at 1.2 cents per mile, what is my balance worth? 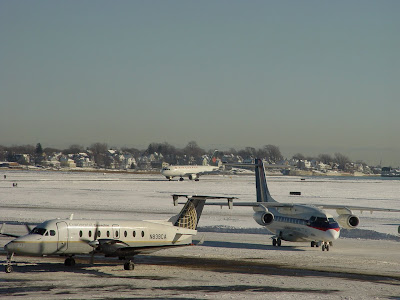