How Many Go Into One?

How many multi-tasking functions and features can be crammed into one device? Can math help?

While researching this subject, I found the

I tried to find a thirteen-in-one device, but only came up with this passage: In each of the planes of existence, the thirteen in one, the mystical number ... shall direct the unfoldment of being.  Uh, hmmm. Well. We'll cut this off and get back to the subject at hand.

Is there any limit to the number of items in one? I suppose not. But a multi-function device is limited in its utility if and when when the functions overwhelm the user. More is not always better.  Here's my candidate for king - the 80-in-one memory card reader.

In theory, this reader can replace a separate reader device for each of the following memory cards:
Whew!

Do you think there are really 80 different kinds of memory cards? Who verifies these claims?

That's the champ for now, I guess, unless you grant me a bit of poetic license:
Could it be Disney's One-Hundred-in-One Dalmations? 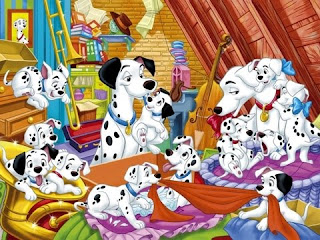 PS - Yes, I know it's really One Hundred and One Dalmations!
Posted by Excelmathmike at 10:47 AM